How Men’s Met Gala Fashion Has Evolved Through The Years

PUBLISHED ON
26th May 2019
WRITER
prashant

The Met Gala 2019 is eagerly awaited among the fashion community. But just what is the annual Met Gala?

The Met Gala’s full title is The Costume Institute Gala at New York’s Metropolitan Museum of Art. It was founded by publicist Eleanor Lambert in 1948 to encourage fundraising from the elite of New York society.

Today, the Met Gala features famous faces from fashion, film, music and art. They all get together on the first Monday in May to raise money for the Met’s Costume Institute and celebrate its latest exhibition.

The Met Gala 2019 marked the 71st anniversary of the event and was co-hosted by Lady Gaga, Harry Styles, Alessandro Michele and Serena Williams. It kicked off with a cocktail hour, with guests walking the red carpet and exploring the exhibition, before they sat down for dinner and the evening’s performances.

The theme for this year was ‘Camp’, which resulted in a number of one-off ensembles that are unlikely to ever be repeated.

Michael B Jordan offered a slightly more sober black colour palette but with his Coach suit lit up with sequins. And Michael Urie shocked the crowds with a Christian Siriano pinstripe suit cut in half lengthways and teamed with half a baby-pink tulle gown.

Met Gala through the years

Take, for example, actor Chadwick Boseman. Three years ago, he appeared at the Oscars in a traditional tuxedo. At the 2018 version, he wore a long black coat adorned with silver filigree.

Last year, at the Met Gala, he took the theme of ‘heavenly bodies’ and ran with it, wearing a long Atelier Versace coat adorned with gold crosses, a gold chain, lapel tassels and gold shoes.

Then there was Migos. At the 2017 Met Gala, the Atlanta rappers played down their suit palette so that they could give center-stage to their jewellery. Their understated all-black, matching Versace suits offset their diamond and silver chains perfectly.

Last year, though, they went color-crazy. Migos each wore sequined Versace suit jackets with colorful accents in bright red, hot pink and burnt orange. The jackets were all the more effective for being paired with plain black trousers, which acted as a base for the extravagant color palette above. Their footwear – underplayed loafers and Oxfords – also whispered, to enable their jackets to shout even louder.

Sean Combs’ cream pinstripe suit, silver tie, loosely worn topcoat and big trouser break could be pulled off only if you’re an American rapper and entrepreneur worth around $820m.

Nothing illustrates how formal fashion has informalized itself quite like this effort from Kanye West. He’s paired the torn jeans look with one of the most elaborate and expensive denim jackets (by Balmain) ever created.

The ripped-jeans look had already debuted at the Met Gala, with men such as Alexander Wang pairing them with sneakers, simple white shirt and black tie. In 2008, the slimline look hadn’t got as far as the lapels. The message here is that if you’re one of New York’s finest designers, you can sling on whatever menswear you like to the Met Gala.

One Direction’s Zayn Malik played it pretty safe with his slim-fit black suit and brogues. Then he added metal robot arms. Answers on a postcard.

Lots of credit here for getting the white-tie dress code spot on while adding his own stamp in the form of brooches and the red swatch.

Back in 2011, the Met Gala men were still playing things down. Mick Jagger painted it black, yet added his own personal twist with the most elaborate button you’ll ever see.

With a Chinese theme, Bieber ensured his dragon-inspired jacket had extra pop by teaming it with an all-black base.

Unless you work in the movies or music, you probably won’t be inspired to include much of the Met Gala menswear in your wardrobe. But that doesn’t mean that you don’t deserve suited style that fits your personality and flair exactly. That’s where custom tailoring comes into play.

Book an appointment with our traveling tailors and our stylists will measure, advise and order you your brand new custom tailored garments.

We regularly host trunk shows in cities around Europe and America. View the complete list of upcoming trunk shows here. 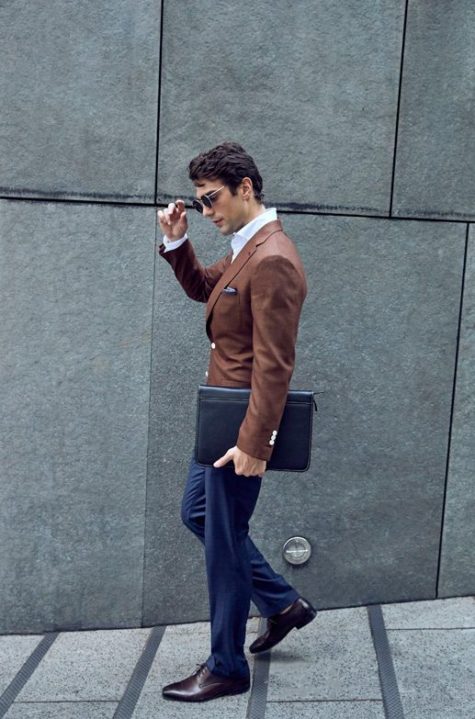 The Stallion – Hopsack jacket and Navy Trousers The Stallion always looks his best, either when stutting around the field, or charging into battle.
Modern Style 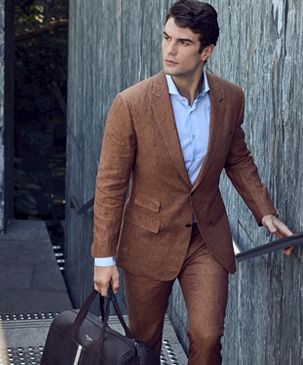 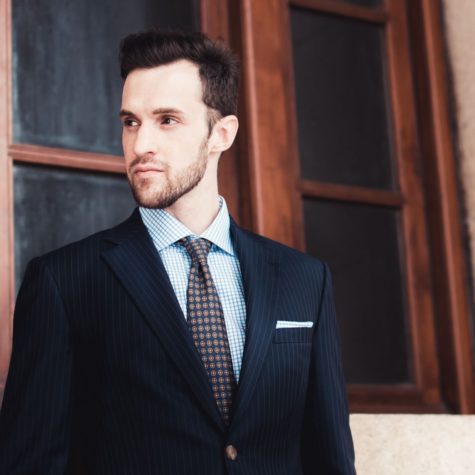 The Lion – Pinstripes and Graph Check Take the strength and intimidation of the Lion to your next board meeting. The lion look is a navy suit with thin pinstripes paired with a graph checked shirt to create the look of a pride leader.
MORE ARTICLES
FACEBOOK INSTAGRAM LINKEDIN